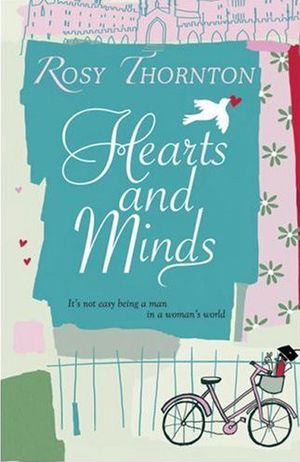 St Radegund’s College, Cambridge, which admits only women students, breaks with 160 years of tradition to appoint a man, former BBC executive James Rycarte, to be its new Head of House. As Rycarte fights to win over the Fellowship in the face of opposition from a group of feminist dons, the Senior Tutor, Dr Martha Pearce, has her own struggles: an academic career in stagnation, a depressed teenage daughter and a marriage which may be foundering. Meanwhile the college library is subsiding into the fen mud and the students are holding a competition to see who can ‘get a snog off the Dean’.

The taint of money, the politics of gender and the colour of the SCR curtains: Hearts and Minds is a campus satire for the 21st century.

“A satisfying, plot-driven story that bubbles along entertainingly…”
– The Daily Telegraph